The CASEC Medical Mission is the only one of its kind that incorporates cancer screening and treatment and other comprehensive medical services. It is basically a mobile hospital that comes to town for a week to offer free screening, surgery, treatment and medication as part of these clinics: cancer (breast, cervix, prostate, oral), dentistry, cardiology, ophthalmology/optician, blood pressure and diabetes screening, primary health care, HIV/AIDS, Hepatitis B and malaria screening, consultation with family practitioners and pediatricians and medications. In addition, we offer workshops to promote awareness, early detection, care and healthy lifestyle as part of our CASEC initiatives.

Become a volunteer with the CASEC Medical Mission to Cameroon. Make a big impact while experiencing the people, culture and country that is Africa in miniature. During the mission medical practitioners partner with local health care providers, hospitals and clinics to provide quality medical care to the people.

The following specialties are needed:

Are you looking for a fulfilling opportunity to help others? Can you give one week of your time to make a real difference in the lives of others?

For a typical list of medication and supplies needed, please download the PDF file below. MAKE AN IN-KIND DONATION TO THE MEDICAL MISSION. 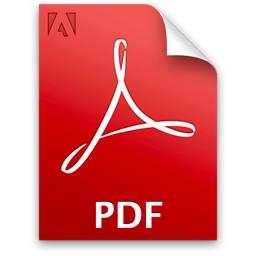 This past summer I went home to Cameroon for a volunteer Medical Mission trip with the Patcha Foundation. It was truly a life changing experience for me and the beginning of a career as an aspiring physician!

I was assigned to work alongside the cervical cancer team of the Patcha foundation. As a rising 3rd year medical student from Howard College of Medicine, I was given the role of educating the patients about cervical and breast cancer; taking full histories; assisting the nurses with the cervical and breast exams as well as working hand in hand with the obgyn physician to consult and treat patients. I really enjoyed doing work with my team in addition to helping the patients. One of the highlights of my experience was a young female around her mid 20-30s who came in for a breast and cervical cancer screen. At first glance it seemed as if she was pregnant. However, during the history taking she disclosed that she was diagnosed with a stomach tumor. Then she added that she may have cancer of the uterus as well. When I finished taking the history, I walked with the patient to the screening rooms to help with her screening. I recall mentioning to the nurse that I thought that the patient had a malignant stomach tumor which had metastasized to the ovaries. According to medical books, such tumors are called krukenberg tumors.

2016 was my second time volunteering with the Patcha Foundation. My experience from 2015 left me wanting more. I knew I had more to offer and I wanted to make a bigger difference. When I returned to the US after my first trip in 2015, I encouraged my medical colleagues to join me on the 2016 mission trip. As a result, Howard University students and alumni were well represented in the 2016 Patcha Foundation mission trip. Howard University has a home within the Patcha Foundation. I thank the foundation for allowing us to practice our medical craft. The Foundation has helped me more in more ways than I could have possibly helped them.

Serving in the Mission has shown me how to be a more compassionate doctor. The mission has showed me the social injustices within healthcare and public health. One patient in particular, further illustrated this to me. She explained to me that she had awakened at 4:00am, walked 1 hour to the main road to catch a taxi, and rode in the taxi for another hour to arrive at the hospital. Arriving at the hospital at 6:00am, she waited in line for another 4 hours before it was finally her turn to be seen. She had heard a radio advertisement saying that people were coming to her village from the United States to “help people not be sick anymore”. She had end-stage breast cancer that had already spread to the lymph nodes. It broke my heart that we had to tell her that we could not help her “not be sick anymore”. The only thing that could be done was to give her palliative medicines to alleviate some of her pain. The anguish and sadness that filled her eyes were unbearable.

This medical mission is by far the highlight of my year!! I have volunteered many times in the US in health outreach programs but this time it was so different because of the response and the number of people who showed up. Being in triage was really very appropriate and awesome for an advance practice nurse like me because I got to use all the skills and knowledge acquired throughout my 16 year nursing career in the USA, as an RN and now APRN (Advanced Practice RN).

I saw most of the patients that came in. Some came in for screenings only and others because of an ongoing medical/physical problem. I was very impressed by the way we were able to orient most people to the right specialties based on the signs and symptoms presented.

Some people responded really well to the dietary advice given to improve their hypertension or diabetes by verbalizing understanding of instructions. In addition, some people were so grateful like a lady who had on a blue outfit who said she followed us everywhere. She took my number and insisted to give me some groundnuts (peanuts) and yams from her farm to show her gratitude. I never got to meet her afterwards; we just talked on the phone.

The Patcha Foundation CASEC Medical Missions affect people in tangible and positive ways. With each mission, there are always many stories to tell. This year I was particularly touched by the difference in how the communities served planned for and received the mission. The mission took place at 3 different sites of rural settings. One community was very grateful and willing to come out and to take full advantage of the services provided. The leaders of this community were in full support of the mission and had gone out their way to ensure that it happened and that the people benefited as much as possible. This was not the case in other communities although the people were also appreciative. As their leaders remained aloof about the mission, one thing kept ringing in my mind, AWARENESS!! If only they understood what the medical mission services would do for the people; if only they grasped the extent to which volunteers give of themselves to undertake causes like this for humanity; if only as leaders they cared even a bit; if only; if only; if only.

Despite all the work done, I am most grateful that thousands had the opportunity to be made aware of cancer, prevention and early detection; receive tips on nutrition, lifestyle choices, chronic diseases and other conditions screened and treated during the mission. People generally lack knowledge, and while the work of the foundation can be tasking, the fight must go on.

The Patcha Foundation medical mission 2015 in Edea and Kribi was a huge success. Just as the previous 2 missions, thousands of Cameroonians from all walks of life, most especially, those who have never seen a Doctor in a lifetime were opportune to be served.

Many memories but two stories that won’t leave my mind include:

A 72 year old widow in Edea with symptoms of parkinsonism for over a decade and has been unable to see a Doctor due to financial constraints despite her worsening condition.

An 8 month old male infant who was born with a neural tube defect, spina bifida with complicated talipes equino-varus (club feet). Had it not been poverty n lack of medical information by his single mother, he would have had medical intervention within the first week of life with complete rehabilitation. His treatment now requires multi disciplinary approach involving a Pediatric neurosurgeon, urologist, orthopedic surgeon, physiotherapist and psychologist. This may cost at least 10 million FCFA though the prognosis is still too poor.

Many more rare and serious conditions such as cutaneous leishmaniasis, prostate cancer and a variety of tropical diseases were also encountered.

We can’t wait to give our best come next mission.

The boy who touched my heart

The idea of Volunteering has somewhat always had second place in the minds of Cameroonians. However, volunteering for General medicine Consultation with the Patcha Foundation for the CASEC Mission has always been interesting and full of surprises, the 2015 mission didn’t fall any short of that. I felt once more like family immediately the team came together. Then we reached Edea and it was time to face the challenges of working in the field.

I was astonished by the level of ignorance people had about their health and worse still, how reluctant they were to leave some harmful traditional and cultural practices. We noticed a lot of untreated eye problems, hypertension and Diabetes. This was same for Kribi. Most of the patients did not or seemed not to understand what being hypertensive or having diabetes meant. The few who were aware of their condition, were noncompliant to life style changes and medication and already had complications.

Being in a country where volunteerism is a novice idea, my first impressions about the CASEC mission organized by the Patcha Foundation were nothing short of awe and admiration. I felt very privileged to be accepted as a volunteer in the 2015 medical mission.

When I arrived at the house of the country director, Mrs. Jacquie Patcha, I immediately felt a sense of belonging. It was like working with an old team. Yet this was my very first meeting with everyone present. We then took off to Edea where we began the first part of our project, and subsequently to Kribi.

One thing that took me aback was the level of poverty and ignorance amongst patients. Many people had been diagnosed of chronic illnesses such as hypertension, but had never been to the hospital for treatment in the last two years. I was particularly taken aback by the case of an epileptic who had been left to her fate for five years, since she became epileptic at 1.

As with any other mission, there are ups and down, but this one in particular was a remarkable source of blessing in itself, for me and all those that participated.

As with previous years, many of the disadvantaged people of our society received life-saving treatment among others we can cite prisoners of Kribi Central Prison. Many Cameroonians have benefited from the Patcha Foundation’s gifts and kindness and because of that, the foundation is now known by all and has reached a higher level of popularity. Its work is known in most of the ten regions of our country, everyone is actually seeking to benefit from it, and for that, we can give thanks to God.

This year, one of the special cases was an eight month old child suffering from Spina Bifida, the first I had ever encountered. Another was a 14 year old girl in need of a heart transplant.